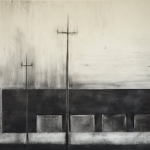 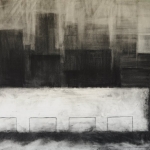 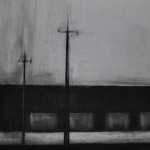 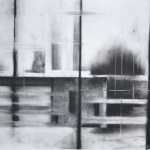 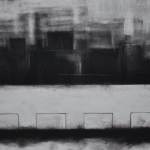 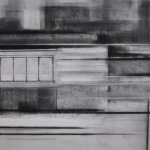 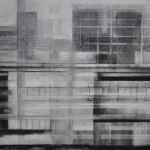 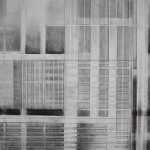 The Urban Drawings series follows the transition of the Billingsgate Fish Market building in Calgary’s East Village to its expected demolition for future condominium development. Buildings are often seen as static, immovable objects.However, like the communities they are found, the buildings are in a continual process of regeneration from disappearing to reappearing. It is this process from old to new I wanted to capture in this series of drawings.

Calgary loves to tear down the old and replace it with the new. Look all over inner city neighbourhoods and you will find construction equipment and crews removing old houses leaving gaping holes between city lots to be replaced by large uniform buildings that could be found in any Canadian urban city.

These drawings document the deconstruction/reconstruction process. Using only black and white media such as compressed charcoal for its rich blacks, vine charcoal for its soft line, markers and erasers the compositions focus on the use of positive and negative space to define the building.

I would like to thank Calgary 2012 Cultural Capital of Canada for awarding me a Small Project Grant to complete this series.

Join Me for a Walk