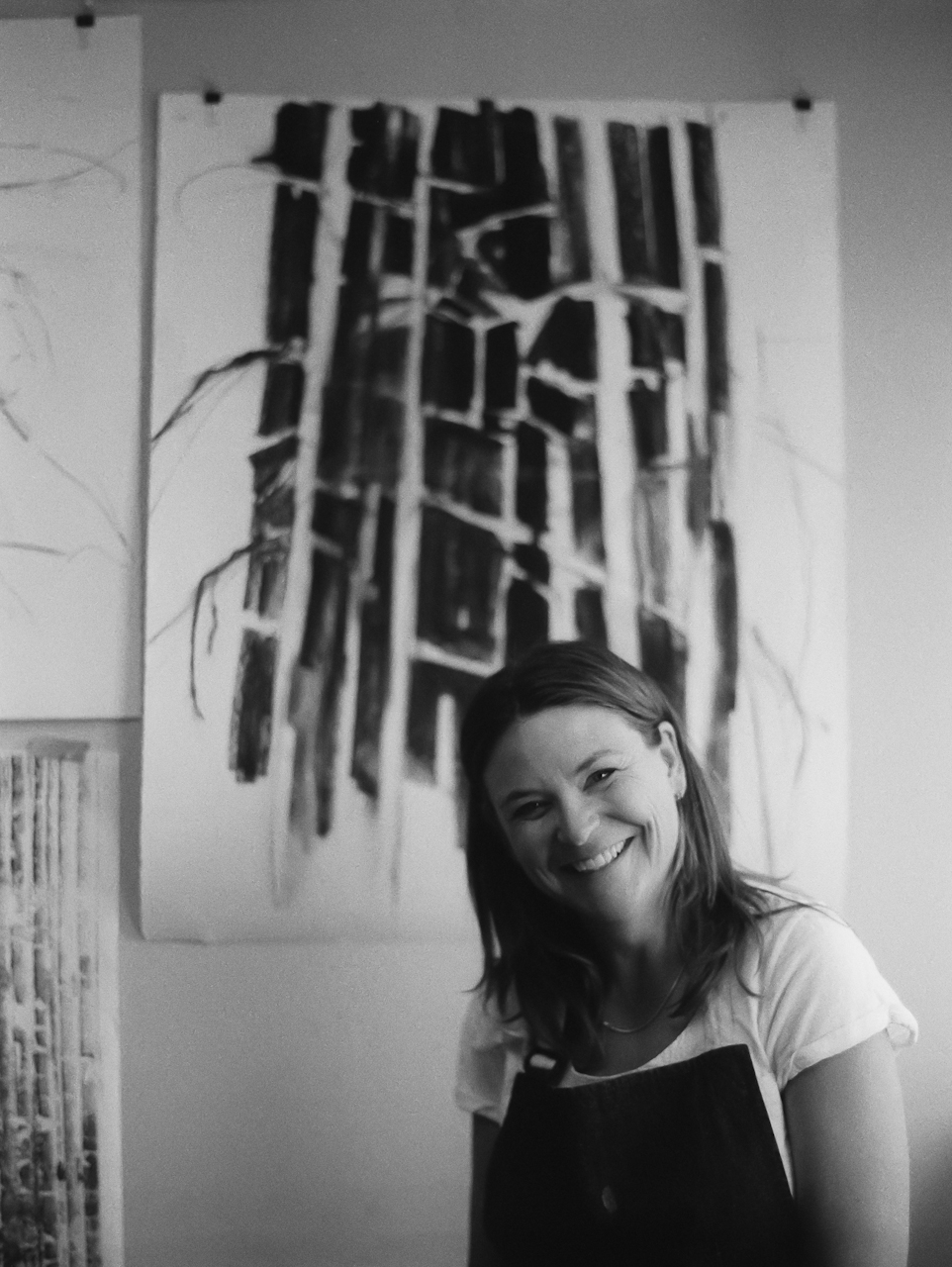 Nicole LeBoutillier is a Canadian visual artist. She grew up in the heart of the western prairie province of Manitoba where the vast empty landscape, bitter winters and endless sky surrounded her. She caught the travel bug early, headed off to university and has never stopped discovering new places. She received her Bachelor of Fine Arts Degree from the Nova Scotia College of Art and Design on the east coast of Canada, moved back west and since then she has lived abroad in Angola, Kuwait, Malaysia, Libya, Tunisia, Ukraine, Mexico and Oman. In 2020 she received her Master of Fine Arts from Emily Carr University of Art and Design.

The accumulation of both materials and experiences combined with representations of absence are lines of enquiry in her work. Living as a temporary resident/trailing spouse/outsider, she uses walking and mapping as a way to develop a personal system of understanding her urban environment.  Through a psycho-geographical and phenomenological lens she translates these experiences in an urban landscape into visual formats. Her work utilizes methods of layering, collage and assemblage as a means to visualize continuity and (dis)connectedness in a global society where time and space have become increasingly compressed. By constructing work that questions the strength and impacts of our built environments she is asking viewers to re-discover the architectural spaces we find ourselves in.

About her MFA work: by Pablo DeOCampo

Over the last several years, Nicole LeBoutillier lived in different cities around the globe. For short periods of a time, a place would become home, and LeBoutillier would have to navigate and adapt to the new surroundings. During her time in the graduate program, she moved from Kiev, Ukraine to Mazatlan, Mexico, cities where the architecture, language, and urban geographic make-up were quite distinct from one another. In this state of constantly negotiating her surroundings, LeBoutillier’s practice coalesced around using perspectives from psychogeography to develop a studio practice that centered on questions of place and non-place.

In her thesis, LeBoutillier recounts an experience just before starting the program. while on a residency in Blairmore, Alberta. For research, she was taking pictures of the humble early 20th century houses built by coal miners in the region. Some months later, LeBoutillier would find herself living in Ukraine and as she navigated her new neighbourhood there, she came upon a little house with the same distinctive roofline. She took this as an indication that immigrants coming over from Eastern Europe to Canada in the early 20th century brought with them their house designs. Though historical lineage of the architecture is an interesting point, the anecdote’s significance comes more in the way that a place can hold both the foreign and the familiar, the distinctly uncanny way of finding home even in the most distant of places.

Pulling from practices in mapping, and using drawing and collage techniques, LeBoutillier’s work firmly situates itself in the specific places she inhabits. Her practice is informed by daily walks, amateur cartography, and the colors and textures of street-level architecture. Her studio practice of making is coupled with a practice of walking and looking. Through this, LeBoutillier’s work is, on one level, a reflection of the physical environment around her. In Mazatlan, this led to compositions with the rich, sun-drenched pastel hues of the Pacific coast of Mexico. Her collages here made of intersecting shapes, styles, and conventions pulled from the geometric forms of the flat, stucco façades that lined the streets around her studio.

Through observations of her environment, LeBoutillier’s renderings and visualizations of the urban geography around her are one way she explores place. On the surface, these are maps that record physical environment, a kind of material-based Google Street View of the routes and paths that LeBoutillier travels along. But, as in the story about the similarities in house architecture in Blairmore, Alberta and Kyiv, Ukraine, LeBoutillier’s records of physical place serve as frames through which to consider memory, time, and the psychic qualities of space. LeBoutillier’s work does not so much show us a place, it evokes a temporal sense of what it feels like to be in and to move through a place. Though differing from more conventional notions of how we may define home or familiarity with space, LeBoutillier’s work posits that “sites of belonging can include places that we create for ourselves.” We understand place from a subjective position.

For LeBoutillier, her experience of place is marked by impermanence, a condition that influences not just the conceptual or philosophical underpinnings of her practice, but also the formal considerations of her work. An accumulation of materials moved from place to place collect associations and experiences, where each material becomes a marker of the time and place in which it was acquired. On the other hand, the acute sense of wanting to not accumulate material as she moved, contributed to an approach that was efficient, functional, and resourceful. Nicole gravitated towards the simple, the everyday: cardboard, tape, masonite. She looked to materials that were easy to acquire, easy to work with, and easy to move. When one’s physical place of residence in flux, materials that can pack up into a small box are certainly desirable. While practicality is certainly significant here, it’s important to note how these material choices also contribute the deeper sentiments of impermanence that LeBoutillier works with.

These threads all come together in two large installation works that comprise LeBoutillier’s thesis exhibition: Spaces B E T W E E N and Neighbourhood Map. In both of these works, the impermanence of place is rendered into the structure of the work itself. Working with pedestrian, itinerant materials, these large wall-sized installations take no fixed form; rather, they exist as and when they are put together from their many individual components. In Neighborhood Map, LeBoutillier uses tape as a primary medium. In this work, various types of household tape is primed, cut into varying rectilinear shapes, and then built up in sections on the wall. LeBoutillier combines this tape accumulation with watercolor, graphite, and chalk to define shapes and patterns. As tape builds up on the wall, becoming more dense, this portrait of a neighborhood evokes the textures, surfaces, and physical feel of the place.

Spaces B E T W E E N is a composition made of small masonite shapes, affixed to the wall and joined together using staples, small nails, and wire. This work breaks free from the rectilinear grid of map and architecture, spilling off the wall of the gallery. As LeBoutillier’s composition moves, it stretches around corners, and onto the ceiling and floor. Here, space is literally exploded, with no fixed perspective. As I encountered the work, following the lines and shapes of its composition, the view swings between micro and macro, from frontal to aerial. In some areas the shapes reflect the tight urban architecture of a city, in others, it looks more like the geometric abstraction of looking down on a sprawling suburb from an airplane overhead.

This disorienting and ever shifting physical perspective here resonates with LeBoutillier’s interest in the temporality of place, how her experience of place is an amalgamation of present experience and past memory. Through these compositions, LeBoutillier reflects the feelings of displacement and impermanence that come with moving through new spaces. Alongside that, her works find traces of home and belonging in the details, in imagining place not as a fixed address, but a subjective embodiment of time and memory.